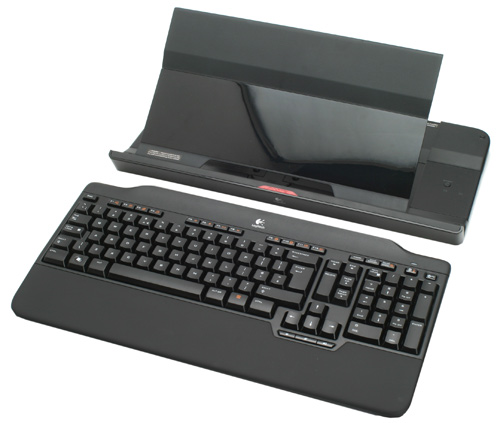 Laptops are slowly taking over the world, and it's fair to say that the average PC user would rather buy a notebook than a desktop these days. It's not really surprising though. In the current market environment, you can purchase a notebook for around twice the cost of a 22in LCD monitor. For that money you get an entire computer - screen included - that works out of the box without any additions and is fully portable.

But all is not sunshine and lollypops, otherwise there would be no point in having desktops anymore. Quite apart from the severely restricted upgrade potential, notebooks also offer fewer outputs and unavoidably worse ergonomics than a decent desktop setup. Even the best laptop keyboards can become a pain to work on after extensive periods of use (except on ThinkPads - ed.), while the screen isn't likely to be at a good ergonomic angle for your back and neck.

Which is where Logitech's Alto comes in. It claims to offer a convenient stand with integrated USB hub, which elevates your laptop, thus achieving an ideal viewing height, while also throwing in a keyboard for extra typing comfort. This being the Cordless edition, the keyboard is a wireless model using RF technology. There is actually a lead running from the base to a USB port on your notebook, but that's just nitpicking of the worst sort. What matters is that the Alto Cordless allows you to type anywhere within a roughly four metre radius from your laptop.

The Alto comes in Logitech's usual high-standard, high-gloss packaging, and though in a break with tradition there is no clear plastic to allow you to see the actual product, this does make it easier than ever to unpack. Upon doing so, you'll find the stand, keyboard, batteries and power adapter which powers the three-port USB 2.0 hub.

I was initially surprised that the Alto Cordless didn't come with its own mouse, but this does make sense for several reasons. Quite apart from adding bulk or additional parts to worry about, many laptop users will already have their own mouse.


The best reason, however, is that you can actually hook up any wireless Logitech mouse that uses radio frequency to work flawlessly with the Alto Cordless. This includes mice from keyboard-plus-mouse combos like the MX3000 to standalone mice like the G7 , making this setup very flexible indee